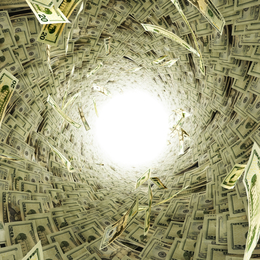 Handling Your Finances During a Crisis
Protecting your Money and preparing to rebuild with advice from financial professionals.

The past two months have disrupted just about every part of our daily lives, causing many people to feel panic and uncertainty about the future. However, as time has passed, the initial shock has simmered, lessons are being learned and conversations about preparedness are taking place. Personal finances are among the most important to protect during a crisis like this. Making sound decisions now will set you up for financial security once this moment passes. Suburban Family spoke with some local professionals about the steps you should take—or not take—to maintain financial stability.

PROTECTING YOUR ASSET BASE
Stan Molotsky, CEO and founder of SHM Financial,  says asset protection was among the chief concerns of clients when this pandemic hit. “The markets were doing fantastic. Everything was apple pie and then it was like a  roller coaster,” he says. “But now things are chugging back up, so the best you can do is prepare for uncertainty like this by having your money in a variety of different places.”

Molotsky refers to “green” money—safe and protected investments such as certificates of deposit, money market accounts, fixed annuities—and  “red” money—stocks, bonds, mutual funds, and others that have the greatest upside, but also the greatest downside. “The question is how much risk you can take with the pile of red money. If you’re closer to needing this money, the less risk you want to take. If you’re three to five years from retirement, you get more conservative,” he says. “But if you have a plan to protect these assets, if something happens such as a job loss or income flow diminishes, you are prepared.”

MAKING SENSE OF STOCKS
As the stock market dip signaled the growing crisis, many people were asking about selling off stocks or using the moment to their advantage  to buy. Molotsky says yes to all of it—depending on the time frame of needing the money.

“If you need the money in the next year, you need to be more protective and look at what you should do with what you have,” he says. “If you look at it and say you wouldn’t buy it now, then why do you own it? So maybe you’ll look to do something else with it. Then when prices become lower or there is a state of change, it might make sense to invest elsewhere and that’s what we’re here for—to do that homework.”

Jim Turpin, wealth and legacy planner at Chelsea Wealth Management, advises not to get too anxious about trying to recover a loss too quickly. “Investments always go down faster than they recover. It’s like an elevator to the basement and the stairs to the penthouse,”  Turpin says. “In the 2008 crisis, people lost 50 to 60 percent of their 401(k) contributions, and we’re not seeing that now. The market has already retraced 50 percent of its losses. If just in the last month you stayed on course with your 401(k) contribution, that chunk of money has almost doubled, so this is where patience and discipline are key when it comes to investment.”

He says this is a financial crisis event that happens once every 30 to 50 years and those with cash on hand could take advantage of it. “I recommend people take a look at their portfolios and take some of the profits and harvest the cash,” he says. “It’s something no one wants to talk about because you’ll pay some sort of tax, but when there is a dramatic pullback, having cash on hand allows you to put it to use in these situations.”

Turpin recommends someone in their mid-50s needs to ride things out and not sell. “If you haven’t already sold and taken in profits, then it’s not advised to sell when things are down 20 percent because then in order to get back to even, you have to be up over 30 percent. You’re never going to time it properly, so the best thing to do is hang tight and have a plan on where to be reinvesting on the other side of this,” he says.

This pandemic has changed the things that will be profitable and successful down the road, says Molotsky. “Who heard of Zoom three years ago? Now it’s all over the place,” he says.

SAVINGS AND EMERGENCY FUNDS
When times are good, it’s easy to overlook the importance of an emergency savings account that you can access for living expenses if needed.

Turpin says to look at your money in three buckets. One bucket is set aside for retirement and only retirement. Another is for discretionary and disposable spending, such as vacations, home improvements and other investments with more risk. The third is emergency money. “Three months is a great start but you have to be able to put it away and not touch  it so in situations like this, if you are laid off or furloughed or your salary is temporarily  reduced, the emergency money is there to pay the mortgage and keep the lights on,” he says.

Both Turpin and Molotsky agree now is not the time to suspend contributions to a 401(k) or pull money from it. “If you can afford it, now is a great time to increase your contributions,” says Turpin. “For younger investors, now is a great time to start an account outside of a 401(k) if they can. People in their mid-20s and early 30s, assuming they qualify, should be starting Roth IRAs for an opportunity to put money in a vehicle that grows tax-free and allows you to take it out in a tax-free environment, unlike a retirement fund where you’d pay taxes to take money out.”

FINANCIAL HARDSHIPS
This pandemic and resulting economic circumstances  have also placed people in a new, harsher reality as they struggle to make ends meet. Dave Reinherz, Esq., of Reinherz Law Offices, says this unfortunately may result in an increase in bankruptcy filings for households and businesses.

“My office was extra busy after the 2008 crisis for sure and this one might affect more people with the large shutdown. The good thing is that the government is spending a huge amount of money trying to keep things afloat and lenders are also being encouraged to work with people,” he says.

Confusion and fear might leave people  unsure of what steps to take. Bankruptcy is not one-sizefits-all, but it’s helpful to know if your situation qualifies.

“It is natural to be scared and confused since this is a new situation for us all,” Reinherz says. “My office offers a free  consultation for folks, which I highly recommend so they can make the best decisions during this tough time. Staying organized with paperwork is very important as well. Items such as tax returns, paystubs or other income proofs, bank statements, mortgage statements, debts and collections, for instance.”

Reinherz says it’s better to come before it’s too late to get help. “One concern that I have is for folks to get too far behind on mortgages, rents and debts that might not necessarily work with them later and that might be tough to dig out of if they get behind,” he says. “Some programs are offered for short-term relief that might not always turn into long-term relief.”

He adds that many of his clients have filed Chapter 7 in which no repayments were ever made, instead they receive a discharge of all qualifying debt. “My Chapter 13 clients are a bit less and they are generally locked in their plan once it is confirmed. There have been some new procedures to try to extend already confirmed plans out longer than the typical five-year or three-year plan,” he says. “My hope is that the economy bounces back fast and that there is less suffering in terms of health and finances.”

Molotsky sums up the importance of seeking out an advisor. “Just like you would see a physician  for your health, or an attorney for legal matters, an advisor helps with the financials,” he says. “Educate yourself on who they work  for, how they are compensated and if they are restricted by a product line. This guidance is needed in good times or bad.”