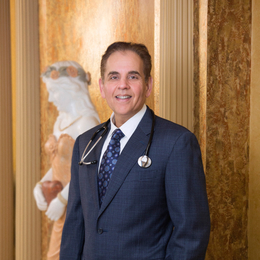 Preventing Havoc
Advanced Cardiology of South Jersey sheds light on chronic venous disease and how to diagnose and treat it.

WHEN SPEAKING WITH A CARDIOLOGIST, the issues that are most commonly discussed are vascular disease and blockages in the arterial  system. But ano ther po pular issue amo ng millions of Americans that isn’t frequently talked about is vein disease—which falls under the realm o f cardiovascular disease. Suburban Family had the chance to speak with Dr. Vic Bahal of Advanced Cardiology of South Jers ey about the caus es and treatment for chronic venous  disease.

Understanding the disease
When veins operate properly, they carry blood north to the heart. B ut those with chronic venous disea se (CVD) experience something called reflux, when the blood trickles back down through the veins due to  valves  that are damaged as the result of aging, high blood pressure and obesity, to name a few reasons.

“You know when we talk about va scular dis ease we often refer to blockages in the arterial  system,” says Dr. Bahal. “But—by and large—the veins are affected more in ou r legs than in our arteries.

“[Chronic] venous disease is preferentially more common than arterial disease and affects millions of America ns across the nation,” he says. “It is one of the most under-diagnosed, undertested and undertreated problems in America.

Surprisin gly, there are more signs of vein disease than you’d expect. Symptomatic varicos e veins are a big indicator of vein disease, as well  as  tingling, pain, numbness, heaviness, c ramping, soreness or restlessness in the legs.

What are the causes?
As with many diseases, there are things that we do as humans that can help prevent our chances of developing CVD and those that can increase it.

Obesity plays a large f actor in developing CVD, but is not the only one. Smoking can increase your chances of developing the diseas e as well as being pregnant  or having blood clots.  But Dr. Bahal says, “Risk factor modification in this  disease does not go that far.”

Professionals who spend a lot of time on their feet, like teac hers and nurses, will actually wear compression stockings even if they don’t have CVD. They just want  to take the extra m easure to make sure that it doesn’t develop.

Unlike cardiac or arterial diseases that can be modified, vein disease i s  more anatomic. Dr. Bahal says once vein disease does damage to your valves, it can’t be salvaged.

“Vein disease is more common in women than in m en. If it is left untreated, it can lead to breakdown of the skin and not only is that cosmetically unappealing, but more so  it e xposes you  to forming ulcers in your leg and as the skin breaks down you get infections,” says Dr. Bahal. “A condition called stasis dermatitis is the  result of untreated venous insufficiency.”

There is also a big hereditary risk with this disease. Dr. Bahal had a consultation with a patient recently who was  35 years old and had three other female family members who all had CVD just like her.  “Fa mily history is very important,” says Dr. Bahal. “There is a genetic trans mission with this disease.”

Getting treatment
To find out if you have significant venous reflux—meaning more than .5 of a second— the Advanced Cardiology office will perform a venous duplex ultrasound to see how long that vein segment is refluxing (going in the wrong direction).

“The first line of defense is compression s tockings [which]  the patient wears  them for at least 90 days and then most insurances will approve [the] procedure I perform,” says Dr. Bahal. “[It’s] a quic k in-and-out procedure that takes about an hour or less in my office; no incision and it’s all done through a tiny needle. It’s cal led  radiofrequency ablation of the veins whic h will cure the vein reflux.”

After the procedure, patients wear the compression stockings f or three days (on the treated leg) and then they are home free. If they choose not to get the procedure done, they will be wearing the s t oc kings for the rest of their lives.

“Being a preventative doctor as I am, we do a lot of medically necessary vein testing and the outcome  has been very favorable,” says Dr. Bahal. “Legs look better, but disease pain symptoms can go away as early as two to three days after t he procedure has  been done.

“If left untreated, it can create havoc; some people have lost their limbs because of this [disease]. It can be a catastrophic problem,” s ays Dr. Bahal. “This has to be on the forefront of medicine: the detection and treatment of this disease.”  To find out more about vein diseas e or to have vein evaluation call Dr. Bahal at Advanced  Cardiology of South Jersey at (856) 241-3838.