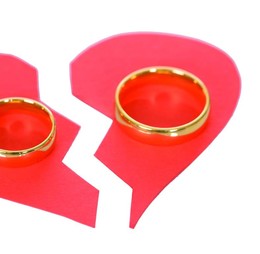 Untying the Knot
Where to begin and what to expect when a marriage comes to an end.

Maybe you said you’d never become a statistic; that you wouldn’t end up in the 40 percent of first marriages that end in divorce. But then life got too real— the kids’ needs came before yours as a couple, or it became a struggle to pay the bills or something more extreme occurred that you just couldn’t forgive.

Despite its frequency, divorce remains a scary and confusing matter. Spouses may have called it quits long before officially speaking with an attorney whether out of denial or fear of what will happen to their children, assets and income. Delaying the inevitable can place further stress on the family, possibly turning what could have been an amicable divorce into an ugly one.

Suburban Family spoke with some of the leaders in family law and financial planning about what divorcing couples can expect throughout the process and how, with the help of professionals, many couples are able to lead happy lives as individuals.

Keep the Status Quo
When first deciding to get divorced, people are often tempted to fiddle with their bank accounts or alter savings account contributions. Gregory Dibsie, Esq., of the Law Office of Gregory Dibsie, says that once a person files for divorce everything must remain status quo.

“You can’t do a run on the bank, or run up credit cards,” he says. “During a divorce you must maintain the status quo. If the wife paid the heating bill and the husband paid the electric, it should continue as so throughout the divorce. You can’t cancel someone’s health insurance or the cable bill.”

Status quo pertains to lifestyle as well, Dibsie continues. “If you get your nails done weekly, you can still do that. If you went out to dinner every week, you still can. One mistake people make is to move out of the house. You can stay in the same house, and in many cases most people going through a divorce have already been sleeping separately and avoiding each other. If one person moves out, they are still responsible for the bills of that house during the divorce, plus the new place.”

Dibsie recommends familiarizing yourself with the family finances prior to filing for divorce. “You should know what assets you share, life insurance policies, 401(k), pension and what banks hold your money because the minute a divorce starts, documents start disappearing,” he says. “If you don’t know your budget, you can’t make arguments to the court about how the money is being spent.”

Mediation
The high cost of a divorce can contribute to a person’s hesitation, but there are ways to proceed without compounding the financial burden, says Jim Turpin, president and independent financial advisor at Chelsea Wealth Management.

“Mediation is a popular choice and is ideal for a divorce that is not contested,” he says. “The mediator may or may not be an attorney, but is a subject expert who negotiates an equitable settlement between the two parties.” As a financial advisor, Turpin has been involved in mediations for his clients, identifying assets and giving the mediator a clear vision into the financial side of the situation.

Turpin says mediation is appealing for older couples who have grown kids and have limited assets or have kept them in their own names. “This is a great alternative. Everyone walks away with what they came to the table with,” he says. “There is usually a flat fee involved, which kind of relieves the stress and strain of having to go to court. The other big thing is the timeliness of mediation. You can get through it in half the time as a contested divorce.”

However, mediation doesn’t make sense for contested divorces where there’s going to be a battle for assets, alimony payments and child support, Turpin advises.

Alimony
Determining alimony—the financial assistance paid from one spouse to another for the purpose of assisting in maintaining the marital standard of living post divorce—is fact specific in any given case, says Stephanie Zane, Esq., of Archer Attorneys at Law.

“There are four types of alimony in New Jersey including open durational alimony, limited-duration alimony, rehabilitative alimony and reimbursement alimony,” she says. “The amount of alimony is based upon the totality of the financial resources available to the parties, the lifestyle achieved during the marriage, the needs of each party, each spouse’s ability to contribute to their own support, as well as the other factors outlined within the statute.”

Zane adds that the court will be looking at spending behaviors to make its determination. “Someone considering divorce should not make any drastic changes to the existing marital picture. The court will look at the last several years of a marriage when making a determination of the marital lifestyle. As such, panic driven changes may do little more than add additional stress to an already stressful situation,” she says.

Custody and Visitation
When a marriage involves children, emotions can heighten the matter of sole/joint custody and what is now being called “parenting time” (formerly visitation). But as Melissa Y. Spears, Esq., of Hoffman Law Firm, P.C., states, the courts encourage this to be divided equally.

“There’s a big push in the courts now for equal parenting time,” she says. “Unless there is a legitimate reason such as a geographic separation or work schedule that might impact it, the courts feel there should be 50/50 parenting time.”

Spears says working out the parenting time schedule of rotating holidays and vacations can be determined by the court’s schedule which includes each parent getting two weeks’ vacation with the child(ren) per year. However, she says it’s even better when parents can make a schedule on their own.

“If people are in a good place to co-parent, they can change things at will. They don’t need to come to court for that. The court loves not to see people,” she says. “I think each parent should remember it’s about the kids.”

Substance Abuse
A person’s history of substance abuse can have an effect on custody and alimony, the allegations of which must be proven, says Kelli Martone, Esq., of Martone Law Group.

“Generally it is not enough to simply allege someone is using drugs and therefore oftentimes it is not until there is some proof by way of a party’s actions, a DUI or other arrest, or documented strange behavior (with proofs) that will lead the court to order a drug test. Usually, this is the form of a hair follicle test,” she says.

Custody and alimony can be impacted in various ways once the abuse is confirmed. “For example, in an alimony case wherein the party who has substance abuse issues is the one paying support, they often lose their employment and are unable to pay,” Martone says. “Therefore, while the alimony award would still exist, collecting it, especially while a party is in treatment, is futile. As to custody, oftentimes a party who tests positive will have limited parenting time and supervision is generally always required if there is a positive hair follicle test.”

Domestic Violence
Frances Hartman, Esq., and Frank Cordry, Esq., of Cordry Hartman LLC, say domestic violence is characterized by someone exerting control or dominance over the other party, which can include limiting access to money or family and friends, harassment, physical or verbal assault and terroristic threats, among others.

“We often get clients who have already filed a temporary restraining order (TRO) or we’re already representing them and an act of violence occurs,” says Hartman. “Depending on the level of violence, we encourage them to seek counseling from a local domestic violence counseling agency in the first place because they help with safety. If you feel threatened or are in danger, call the police and we’ll sort it out after.”

Sometimes the violence is situationally induced, says Cordry, meaning they behave poorly while getting divorced, but might not necessarily be a threat. “A TRO has negative results for the person who has it against them, such as loss of employment which may ultimately make them unable to pay support for the children, and if they are in law enforcement, they’d lose their job immediately, so a civil restraint might be a better option. We think critically about what we want to do in the situation.”

Attorneys must also obtain details and witnesses to substantiate claims of domestic violence because there are instances of false claims being made. “Sometimes violence can be used as leverage. A false claim may be used to gain an advantage in litigation either by allowing one person to have exclusive possessions of the home and child custody,” Hartman says. “We do see people abuse this and lie because they may want to impact custody, but the people who really need the protections hardly ever ask for it.”

Debt/Bankruptcy
According to Carrie J. Boyle, Esq., and Anthony Valenti, Esq., of Boyle & Valenti Law, P.C., debt plays a major role in the financial outcome of both parties in a divorce. Blame for this debt can often factor into the divorce, and minimizing or wiping out the debt prior to the end of the divorce may lead to a more well-balanced outcome.

“If divorcing couples are trying to amicably part ways, it makes more sense to file bankruptcy prior to the divorce negotiations to take the debt burden out of the equation. If either party files for divorce after the bankruptcy, it may throw off the financial balance that was trying to be struck in the course of the divorce and cause ongoing problems between the divorced couple,” says Boyle.

It also depends on which type of bankruptcy a couple may qualify for: Chapter 7 wipes out all debt, and Chapter 13 minimizes debt which is then paid back over a payment plan. “If a relatively high-income earning couple wants to explore bankruptcy to reduce their debt burden heading into a divorce, they may only qualify for a Chapter 13 bankruptcy which requires a three- to five-year payment plan of a percentage of their debt,” Valenti says. “This scenario is likely undesirable because the two parties who want to get divorced are now stuck in a bankruptcy commitment together for which they are both responsible to perform the duties required of debtors in bankruptcy.”

A possible alternative they suggest if a couple makes too much money to qualify for Chapter 7 is to file separately, wherein each may qualify individually.

Financial Future
As a divorce is finalized, each individual is now responsible for their own financial future and should review certain elements of their finances, including tax implications.

“After checking assets, review all beneficiaries on life insurance, 401(k)s, IRAs, annuities, pension plans and see what happens to those policies upon death,” says Justin Hewins, CFP/CRPC, partner CORA Capital Advisors. “It could be a good time to set up a trust for your children and direct who will advise them once they inherit.”

Divorce impacts future tax filings, says Sean Balliet, CPA/CFP, partner Baratz & Associates, PA. “This may increase or decrease your taxes depending on the income each separated spouse makes. If there was a ‘breadwinner’ that made the entire household income, it is likely that his/her tax bill is going to increase because now his/her tax bracket compressed to a lower single bracket. Also, the head of household status would apply to the custodial parent or the parent with the rights to claim the children on federal income taxes. This status has tax brackets in between MFJ and single. Costs and deductions may change, especially if children are involved, as you navigate maintaining separate households,” Balliet says, adding that under the new tax law, alimony is no longer deductible by the payor spouse and not included in the income of the payee spouse.