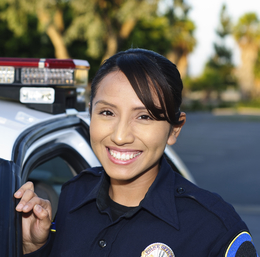 Wondrous Women 2018
The inspiring, driven and loving women who make up our 2018 Women of the Year

AS THE SAYING GOES,  “Here’s to strong women. May  We know them. May we be them. May we raise them.” And here at Suburban Family, we are lucky to feature a diverse group of women year after year who are shining brightly from their South Jersey roots. Whether they are loving mothers who go above and beyond for their children, or women rising to the top in their careers—we celebrate them for their accomplishments an d recognize the path they are carving out for generations to come.

We are honored to introduce the seven women who embody the strength, caring in tuition and drive for a better tomorrow that make them our 2018 WOMEN OF THE YEAR.

DANA CALVO
A MOORESTOWN FRIENDS SCHOOL CLASS OF 1988 GRADUATE, AND FORMER Calvo now resides in Santa Monica, Calif., where she has been making a name for herself in the world of entertainment. Starting as a journalist and moving onto television writing, Calvo has her name attached to TV series on various platforms like SOUTH JERSEY RESIDENT, Studio 60 on the Sunset Strip, Greek, Covert Affairs, Narcos and Good Girls Revolt. Calvo was recognized at the 2018 Alumni Association Awards that took place during alumni weekend earlier this month  at her alma mater with the Alice Stokes Paul Merit Award for accomplishments in her career and for being an early spokeswoman for women in the entertainment industry.

TRACY CARLINO
THE  SENIOR  VICE  PRESIDENT AND CHIEF NURSING OFFICER FOR VIRTUA Carlino is a two-time recipient of Virtua’s SuperStar award. Also serving as a certified diabetes educator, Carlino coordinated the first ADA-certified education program for the disease that continues to run today. But that’s not where her recognitions stop. Recently, Carlino received the “Divas & Dons” award for outstanding professional accomplishments at the New Jersey State Nurses Association’s annual Institute for Nursing Scholarship and Awards Gala. Carlino, who began her career at Virtua Camden as a staff nurse, is also currently a council member of the Organization of Nurse Leaders.

SUZANNE GHEE
THE ASSISTANT VICE PRESIDENT FOR BUSINESS GROWTH AND COMMUNITY HEALTH ENGAGEMENT AT VIRTUA IN Ghee has been named the Community Advocate of the Year by the National Association of Women Business Owners’ South Jersey (NAWBO SJ) chapter. The Cherry Hill resident has been with the nonprofit health system for 15 years and has successfully implemented more than 45 public health and advocacy programs. One of those programs being the Virtua Mobile Farmers Market, which launched last year as a way to sell affordable fresh produce in Camden and Burlington counties where access to healthy food is limited. MARLTON, Recognized as an extraordinary individual for her contributions to women, women business owners and the community at large, the NAWBO SJ presented Ghee with the award at the Beyond the Glass Ceiling A wards Gala earlier this year.

LINDSAY GROFF
AFTER GIVING BIRTH TO HER DAUGHTER, CHARLOTTE in 2010, Groff’s baby was medically fragile and endured seven surgeries over a three-week span. Opting to breastfeed at birth, the Washington Township resident continually pumped an d froze her breast milk for Charlotte for when she was allowed to have it after surgeries. Graced with an abundant supply, Groff didn’t need to rely on the frozen milk and a nurse at Children’s Hospital of Philadelphia  (CHOP) told her about the importance of donating her breast milk to babies in need. After a quick screening process to determine she was a healthy donor, Groff shipped her frozen milk supply to a Human Milk Banking Association of North America (HMBANA) milk bank. Finding herself so passionate about being a milk donor, Groff w as named the executive director of HMBANA just six months ago—all thanks to her beautiful, 7-year-old daughter, Charlotte.

ERIKA RICHARDSON  HALL
AS A SUC CESSFUL WOMAN OF THE MILLENNIAL  GENERATION, Hall replanted her South Jersey roots in Atlanta. A 2003 graduate of Moorestown Friends School, Hall’s day job is serving as an assistant professor at Emory University Goizueta School of Business. There, she has conducted enlightening research on the influences of race, gender and class-based implicit bias in both the workplace and society.  Because of her groundbreaking academic research, Hall was recognized at the 2018 Alumni Association Awards at MFS earlier this month with the Young Alumni Award.

MANUELA  MORAIS
PRACTICING LAW FOR ALMOST 20 YEARS AND OPEN- ING THE LAW OFFICES OF MANUELA MORAIS IN  MOORESTOWN , a minority and women-owned  firm, Morais and her team specialize in U.S. immigration and nationality law. Outside of the courtroom, this woman business owner likes to give back to the community and takes pride in mentoring young women in the field of law and beyond. Most recently, Morais was appointed to the board of directors for the Girl Scouts of Central & South New Jersey at the end of April. In this role, Morais will actively work with the organization through committee participation, events and other leadership efforts. The long-time South Je rsey resident is also on the board of directors for Women Owned Law and supports the Rotary Club of Moorestown and Catholic Social Services. She has even provided pro bono services to non-U.S. citizens applying for citizenships over the years.

LIN  RUBRIGHT
“MOM,” IS JUST ONE OF THE WAYS RUBRIGHT IS KNOWN IN SOUTH JERSEY. While she and her husband are raising six delightful daughters, ages 13 to 22, the Medford resident has her hands fully immersed in the special needs’ community. Her daughters, Anna, 22, and Rachel, 13, have Down syndrome and have been the heart of Rubright’s mission to advocate for the special needs community. Rubright currently runs a nonprofit, The Anna Foundation for Inclusive Education, that she and her husband started in 2004. The foundation holds events like the Mall Hall at the Cherry Hill Mal l in August, that partners students with disabilities and students without and gives them each $100 gift cards to spend around the mal l. Rubright was also the chairperson of the entire BUDS (Bringing Up Down Syndrome) Buddy Walk organization, while still being involved o ve r the past 13 years. She has also been on the 21Down board as a secretary and is also a member with KIIDS.