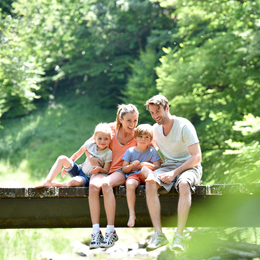 McEntee, a junior at Washington Township High School, was accepted into the Columbia University summer co urse, “Mind and Markets: Finance, Economics, and Psychology.” McEntee submitted letters of recommendation, transcripts, a written essay an d test scores to earn this acceptance. A member of the school’s DECA Club, Future Business Leaders of America and an AP psychology student, McEntee will be taking the graduate-level course from June 25 through July 13.

May 28, Memorial Day, All Schools Closed

The Food Bank of South Jersey received  a 51,800-pound donation of food from Goya Foods last month. This donation was part of the first installment for the Goya Gives ‘Can Do’ campaign, where they provided 1.5 million pounds of food for Feeding America.

A Maple Shade man was arrested and charged with burglary, theft and criminal mischief on March 26 after stealing about $1,000 worth of cop per piping and causing $2,500 worth of damage to an abandoned property in Moorestown.

Eight people were  arrested due to their involvement  in  an illegal drug operation on March 22. The Burlington County Prosecutor’s Office and Beverly Police Department issued a search war rant that led  to arrests for possession ,  in ten t to distrib ute,  ob struction, resisting arrest by flight and other charges.

A former chief  of the Maple Shad e First Aid Squad confessed to stealing more than $118,000 from the rescue agency’s bank account. As part of a guilty p lea for the crime that spanned almost seven y ears, he must pay back the money and will serve five years in state prison.

Ergood got his senior season on the Lenape High School golf team off to a sensational start by winning the prestigious Garden State Cup for the second year in a row. He shot a 4-under- par 68 at Blue Heron Pines Golf Club, including an ea gle an d five birdies. Ergood, who will continue his career at the University of North Carolina, is the first repeat winner in the 15-yea r history of the tournament.—by Matt Cosentino

Herman, a star outfielder on the Eastern High School baseball team, recently collected the 100th hit of his s tandout career. A senior who has been a  varsity starter since his freshman year, Herman reached the milestone on a single in a 9-0 win ove r St. Francis DeSales (Ohio) at Champion Stadium, located at Disney’s ESPN Wide World of Sports Complex in Orlando. Herman is committed to the University of Maryland.—by Matt Cosentino

Ashley Vernon, a junior goalie on the Shawnee girls lacrosse team, recorded her 200th career save in a victory over Mainland. She turned away seven shots overall in the game as the Renegades prevailed, 20-8.

The Cherokee, Lenape and Washington Township football t eams all r ecently hired new head coaches, and all three schools went with familiar faces in the program. Brian Glatz, a 1986 Cherokee gra duate who has been an assistant coach for the Chiefs since 1996, takes over for longtime coach P.J. Mehigan. Lenape promoted defensive co ordinator Joe Wojceichowski to replace Vince McAneney. Wojceichowski has been on the staff for five years and helped the Indians win the ir first-ever sectional championship in December. Mike Schatzman, a 2008 graduate of Washington Township, will lead  the Minutemen afte r serving several roles in  the program since 2011. He succeeds Lamont  Robinson, who stepped down after one season.