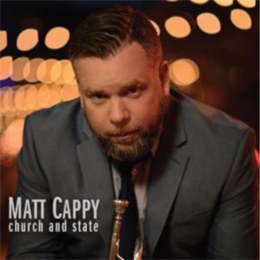 Growing up in Berlin and playing the trumpet in Overbrook High School’s music program, Cappy received the New Jersey Governor’s Award for the Arts his senior year. With recognition for his musical talent at such a young age, it’s no surprise that Cappy’s future became even brighter.

Having graduated from the University of the Arts in Philadelphia, Cappy is known as Philadelphia’s most accomplished trumpeter—and rightfully so. Cappy has performed with Philly artists like The Roots and Marah, and internationally with artists like Jay Z, Dave Matthews, Mary J. Blige and The Mavericks. His talents can even be heard on Grammy-winning records like those of Michael Jackson’s..

The Collingswood resident has just released his debut CD “Church and State” with Ropeadope Records. The 10-track CD features various musical genres and some of today’s most popular jazz, rock and hip hop notables. Cappy is currently gearing up for a summer tour with Grammy Awardwinning, singer/songwriter Jill Scott.