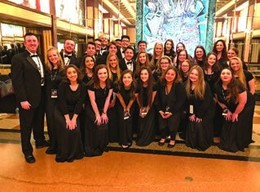 Born and raised in Camden County, Ripa, an Eastern Regional High School graduate, was discovered while performing in a local theater production of The Ugly Duckling her senior year. She went on to attend Camden County College, but dropped out to move to the Big Apple to pursue her acting career.

Getting her first national television exposure with Dancin’ On Air in 1986, which eventually led to Dance Party USA, Ripa has only gone up from there. Her big break came in the form of party girl Hayley Vaughan on All My Children. And lucky for her, it’s where she met now husband Mark Consuelos who also had a role in the soap opera.

Today, Ripa hosts morning talk show Live! with Kelly and Ryan, which she has been doing with various co-hosts since 2001. The mom of three was just recently inducted into the 2016 Class of the New Jersey Hall of Fame. With five Daytime Emmys, a star on the Hollywood Walk of Fame and a slew of other awards, it’s a no-brainer that Ripa makes South Jersey proud.