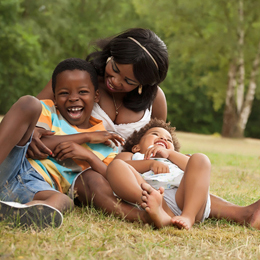 STARS
Star Student
MATTHEW CHAFEE
Evesham
Cherokee High School senior, Chaffee was chosen as a National Finalist for the “Magnificent Manager Award” through Varsity Brands for his dedication to the Cherokee Field Hockey team. Chaffee was invited to attend the Varsity Brands School Spirit Awards Show at Walt Disney World on May 13.

Cherry Hill officials launched the 16-member Cherry Hill Township Human Relations Advisory Committee late last month to encourage diversity within their community. With the slogan “Hate Has No Home In Cherry Hill,” the group will meet quarterly-- or more often if necessary--to promote respect, peace and civil rights for all residents.

April is World Autism Awareness Month and Mount Laurel’s Lifetime Fitness is shedding light on their sensory-friendly yoga classes for people, and their families, who are on the autism spectrum.

Next Haddonfield Zoning Board Meeting:
May 16, 7:30 p.m. at the Borough Hall Auditorium

Next Mount Laurel Council meeting:
May 1, 7 p.m. at the municipal court room

May 26 Haddonfield Schools Half Day for Memorial Day Break

May 29 Schools Closed for Memorial Day

The YMCA of Camden and Burlington Counties has stepped in to take over the before-and-after school B.E.S.T. Program that was operating under the state-created Educational Information & Resource Center at Cold Springs School in Gloucester City. The YMCA now operates 21 after-school programs and serves over 800 students.

Students from Marlton Elementary Schools were able to attend a U.S. Citizenship and Immigration Services naturalization ceremony as a real-life lesson in immigration. The students watched as 17 people from 12 countries became U.S. citizens.

POLICE BLOTTER
A former doctor from Delran Township was accused of hacking the online profiles of more than a dozen of his former high school classmates. Investigators say he stole the identities of 25 women he knew to obtain photos of them from their Facebook, iCloud and Snapfish accounts.

A Washington Township man was shot in the chest and hit with a crowbar earlier this month after confronting a masked intruder in his home on Hamal Court. Anyone with information about the attack is asked to contact Detective Alex DiPietro.

Cherry Hill police officers and dispatchers worked together to talk a woman off the ledge of the Church Road overpass earlier this month. The woman was contemplating suicide and officers were able to move her to a safer location after speaking with her for 15 minutes.

Star Athlete
DOUG ERGOOD
Mount Laurel
Ergood, a junior on the Lenape High School golf team, started the season off in impressive fashion by winning two tournament titles. The first came at the prestigious Garden State Cup, as he had four birdies and 10 pars to card an even-par 72 at Blue Heron Pines. Ergood followed that performance up by shooting 74 at Little Mill to win the Burlington County Open.

New Cherokee softball coach Mary Madgey earned her first career victory as the Chiefs edged Cherry Hill West, 5-4, in their season opener thanks to Ally St. Jean’s RBI triple in the bottom of the seventh inning. Madgey, who had a Hall of Fame playing career at Gloucester County College, replaced Nicole Lum after 13 years as Cherokee’s JV coach.

Ashwin Ramesh, a senior on the Eastern boys tennis team, claimed the singles title at the Camden County Championships with a 6-0, 6-0 victory over Haddonfield’s Teo Lupinetti. The doubles championship came down to two teams from Cherry Hill East, with Jeffrey Xi and Kevin Hu defeating Max Sobel and Arnav Gupta, 6-4, 6-7 (7-9), 6-2.

Kingsway cross country and track coach Christian Lynch, former Clearview girls and boys tennis coach Karl Neiswender and Ginny (Migliore) Murphy, a three-sport standout at Washington Township in the 1980s, were all part of the 37th induction class for the Gloucester County Sports Hall of Fame.

Erin Donoghue scored four goals and Lauren Figura added a hat trick as the Lenape girls lacrosse team topped Shawnee, 12-10. The game was a rematch of last year’s South Jersey Group IV final, won by the Renegades. The rivals will meet again on May 11.