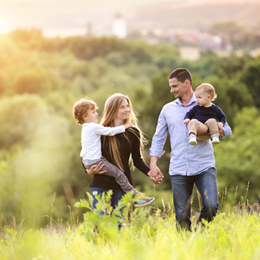 Star Teacher
DOMENICK RENZI
Washington Township
Wedgwood Elementary fifth grade teacher Renzi (pictured, right) was named the Washington Township Teacher of the Year. The basic skills math teacher has been teaching with the district for 21 years and will now be nominated as the Gloucester County Teacher of the Year. He was honored for his commitment to his students and teaching.

Star Citizen
TANYA DARGUSCH
Washington Township
Dargusch, the head athletic trainer at Washington Township High School, was named to the National Athletic Trainersâ Association Hall of Fame. Dargusch was one of only seven inducted into the 2017 class, selected out of New Jersey, Delaware, New York and Pennsylvania, and was awarded for her professionalism and dedication to health care.

Star Citizen
CODY MROZ
Mantua
Mantua patrolman Mroz and K9 partner Zuke were celebrated by the department for their graudation from the John âSonnyâ Burke K9 Academy. Mroz and Zuke went through a 20-week training program, learning everything from proper criminal apprehension and narcotic detection to obedience and socialization, to earn their honor. The pair will continue their work with the Mantua Township K9 team.

Star Citizen
LIZZY PINTO AND MARISSA MULLIN
Washington Township
Athletes Pinto and Mullin earned gold medals in a recent Special Olympics Bowling Tournament in Bellmawr. The girlsâwho are both students at Washington Township High Schoolâcompeted in separate divisions, but their two gold medals mean that they will go on to compete in regionals in mid-March.

The Gloucester County Animal Shelter is celebrating World Spay/Neuter Day on Feb. 28 by waiving all adoption fees at the shelter on that day only. The measure was announced by the Freeholderâs office as a way to help local animals in need.

Scotland Run Park in Clayton has announced plans for $100,000 in park renovations in the immediate future. Gloucester County is hoping to earn funds through a grant from the Green Acres Program, a state conservation effort, which should provide half of the money needed for an improved fishing area, modern kayak launch and general maintenance.

Rowan Universityâs new business school opened to students on the first day of class this semester. The $63 million Rohrer College of Business is the newest installation into the rapidly growing campus, featuring 98,300 square feet of education space.

POLICE BLOTTER
Two teenage boys attempted to break into a house on the 200 block of Lakeview in Blackwood. They were charged with burglary, resisting arrest and criminal mischief on a juvenile petition.

Rowan University police need help identifying the car and suspects of an armed robbery that took place on the college campus and left one student injured. The incident happened outside of Winans Hall on Route 322.

Star Team
KINGSWAY GIRLS BASKETBALL
The Dragons clinched the Tri-County Conference Royal Division championship with a 52-34 victory over Williamstown. This marks the fourth year in a row Kingsway has either won or shared the division title. The Dragons are paced by senior guard Maddie Hahn, who averages about 13 points per game.

Star Athlete
PAUL WIEDMAN
EVAN FISLER
Washington Township
Fisler, a senior, became the 17th wrestler in Washington Township history and the first since 2015 to join the 100-win club. The 145-pounder hit the career milestone with a pin against Eastern. Fisler is a two-time district champion and three-time region qualifier and serves as a captain for the Minutemen.

Washington Township boys soccer coach Shane Snyder was recently named a national finalist for the Positive Coaching Allianceâs Double Goal Coach of the Year Award. The award recognizes coaches who strive to win but also aim to teach life lessons through sports at the same time.