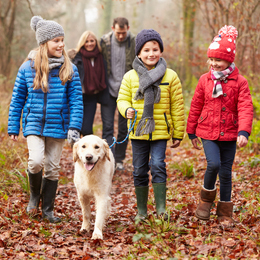 Star Teacher
AMY MOSSER
Tabernacle
Seneca High School mathematics teacher Mosser was selected as a winner of the prestigious Presidential Awards for Excellence in Mathematics and Science Teaching (PAEMST). Mosser has taught with Seneca for 10 years and was acknowledged for her commitment to discovery learning and student engagement while teaching Algebra I and Algebra II Support, as well as Precalculus.

Star Citizen
AARON HARTY
Mount Laurel
Harty, an officer with the Mount Laurel Police Department and Medford Lakes resident, completed the 41st Marine Corps Marathon in Washington, D.C. at the end of October Harty, a Marine veteran, has completed the marathon three times, which is organized entirely by the United State Marine Corps to promote fitness while also educating participants about all that the Marine Corps does for the country.

Star Citizen
KATE SHINDLE
Moorestown
Moorestown native Shindle, who was crowned Miss America in 1998 and now works as a theater actress, has recently begun touring the United States in her new role as Alison Bechdel in the Tony award-winning musical Fun Home. Shindle plays a famous cartoonist struggling to make sense of her relationship with her father.

Bonnie Olt of Evesham, William J. Bisignano Jr. of Medford, Robert H. Bende Jr. of Tabernacle and Margaret Estlow of Woodland were the uncontested winners of the Lenape Regional election, all for three-year terms.

Marc Jones, Kenneth Scott Jones and Michael Gallagher were elected to three-year terms on the Mount Laurel school board, while Leigh Ann Erlanger was elected to a two-year term.

Republicans Mike Locatell and Victoria Napolitano and Democrat Lisa Petriello were elected to four-year terms on the Moorestown Township council.

Next Moorestown Council meeting:
Dec. 12, 7 p.m. at the Council Chambers

POLICE BLOTTER
A Mount Laurel resident and former Willingboro High School teacher admitted to stealing close to $14,500 in student funds between October 2015 and April 2016. He was recently sentenced to one year in jail.

Police sentenced a Medford man who had stolen more than $2 million from homes in Moorestown, Medford, Mount Laurel, Haddonfield and Marlton over the course of a year to 17 years in prison. He was arrested in Moorestown in 2012 and sentenced this November.

A 45-year-old woman smearing dog feces on her neighbor’s car was arrested by Mount Laurel Police. After eight months of investigating ongoing vandalism, police charged her with stalking and harassment.

STARS
Star Team
MOORESTOWN FIELD HOCKEY
The Quakers held off division rival Burlington Township, 3-1, in the Central Jersey Group III final for their fifth sectional title in the last six years. Sophomore Colleen Craven scored two goals and sophomore Delaney Lawler added a goal and assist in the victory. Moorestown went on to drop a tough 2-1 loss to Ocean City in the state semifinals to finish the season with a 16-4-1 record.

Star Team
LENAPE GIRLS SOCCER
Despite being seeded ninth in the 16-team field, the Indians notched four upset wins on their way to the SJSCA Coaches Tournament title. Lenape had an amazing streak of eight straight championships in the tournament snapped last year, but got back on top with a shootout win over Washington Township in the final. The Indians, who now have a record 13 titles, finished the season with an 11-6-3 record.

The Moorestown girls tennis team saw its incredible streak of 27 straight sectional championships come to an end with a 5-0 loss to Hightstown in the Central Jersey Group III final. The Quakers still finished the season with a solid 17-6 record.

The Lenape football team, which earned the program’s first playoff victory in 2015, made it two years in a row with a postseason win as the Indians topped Woodrow Wilson, 21-11, in South Jersey Group IV action. JoJo Kellum ran for two touchdowns and Tim Montgomery had a 35-yard interception return for a touchdown as Lenape improved 9-0.

The Moorestown boys and girls cross country programs each took second in the team standings at the Central Jersey Group III championships. Senior Kevin Fox was the top finisher for the boys as he took third in 16:30.50, while senior Tara Thornton placed fifth for the girls in 20:06.90.

Lenape senior Tommy Gardiner signed a national letter of intent to continue his baseball career at University of Maryland. Known for his excellent defense at shortstop, Gardiner made the all-South Jersey third team as a junior. Gardiner’s teammate, senior outfielder Ben Harris, will also play college baseball as he committed to Morehead State.