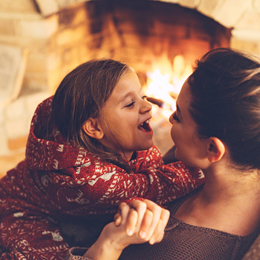 STARS
Star Student
SYBIL COHEN
Washington Township
Cohen, an art teacher at Washington Township High School, was awarded first place in the Philadelphia Area Circuit Trails photography contest. Cohen submitted a photo of the Cooper River Trail in Pennsauken she snapped while out on her bicycle training for an upcoming race. The photo, titled “Teachers with Pedals,” earned her a $500 gift card.

Star Citizen
JOSEPH DIVINE
Washington Township
The Kennedy Health president and CEO, and Washington Township resident, was awarded the 2016 Philadelphia SmartCEO Circle of Excellence Award in the category of health care. Devine has been with Kennedy for 30 years, and has served as president and CEO for three years. He was acknowledged for his dedication to the health care industry in the Greater Philadelphia area.

Star Citizen
CHARLIE DOUD
Westville
Doud, the president of the Washington Township Education Foundation, was named South Jersey Humanitarian of the Year by The Volunteer Center of South Jersey. Doud was honored for his work in the schools as well as in the Westville and Washington Township communities, having coached youth football for almost 25 years and serving on charitable boards like PrimoCares and the Delaware Valley Children’s Charities.

The Washington Township Board of Education endorsed a resolution against PARCC testing in the schools.

Glassboro’s South Jersey Museum of American History closed at the end of October. The space will be repurposed for use by the police and fire departments.

POLICE BLOTTER
Mullica Hill police are asking for help in identifying a man responsible for breaking into five Mullica Hill Commons businesses over the course of the evening of Nov. 12. Police have posted security footage online and are asking for residents to call Harrison Township police with information.

A Sicklerville man was arrested during a routine vehicle stop in Monroe Township that revealed him to be a suspect accused of breaking a man’s jaw in August during a robbery. The suspect stole the victim’s iPhone and sneakers, and during his November arrest the police found guns and drugs in his car.

Glassboro police arrested a Glassboro man after a drug investigation. He is being charged with eight drug-related charges and is jailed on a full-cash bail.

STARS
Star Team
WASHINGTON TOWNSHIP BOYS SOCCER
The Minutemen overcame a disappointing finish to the regular season and got red-hot during the playoffs to win their fourth sectional championship in the last five years. Jason Arakelian scored the game-winning goal in overtime as Washington Township beat Rancocas Valley, 2-1, in the South Jersey Group IV final. The Minutemen, who had lost six of seven games going into the playoffs, improved to 15-8 with the victory.

Star Team
KINGSWAY CROSS COUNTRY
The Kingsway girls repeated as South Jersey Group IV champions as seniors Rachel Vick and Destiny Stanford led the way by finishing second and fourth, respectively at the sectional meet. For the boys, junior Joe Grandizio took second with a time of 15:47.40 to spark Kingsway to a second-place finish in the team standings. The boys team went on to place fourth at states and the girls took fifth.

The Clearview field hockey team posted an 11-1 record in the Tri-County Conference Royal Division this fall to claim the division championship. The Pioneers also advanced to the South Jersey Group IV semifinals for the second year in a row and finished with an 18-4 overall record.

The Kingsway girls soccer team defeated Clearview, 3-2, in the final game of the regular season to earn a share of the Tri-County conference Royal Division title. The win was the ninth in a row for the dragons, who finished with a 10-2 record in the division and dedicated the championship to former coach John Kodluk, who passed away last spring.

The Washington Township girls soccer team reached the final of the SJSCA Coaches Tournament and battled Lenape to a scoreless tie before losing to the Indians in a shootout. The Minutemaids also earned a share of the Olympic Conference American Division title and finished the season with a 16-4-4 record.