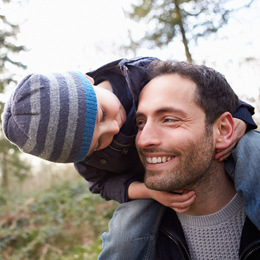 STARS
Star Students
JIMMY, TONY AND NICKY CONTENTO
Cherry Hill
Tony and Nicky, the younger of the three Contento brothers, rallied the support of their fellow students at Resurrection Catholic School to raise money and awareness for Spinal Muscular Atrophy, a condition that Jimmy lives with. The boys organized a Dollar Dress Down Day, and students at the school raised $960.25 for the nonprofit Cure SMA while also learning about the genetic disease.

Star Administrator
H. MAJOR POTEAT
Winslow Township
Dr. Poteat was selected as the 2017 Superintendent of the Year by the New Jersey Association of School Administrators. Poteat is the Southern Regional Winner, acknowledged for his eight years of committed service in the township school district. Poteat was also awarded the Camden County Superintendent of the Year award for 2017.

Star Citizen
VICTORIA DIVINE
Voorhees
Divine, a teacher and Voorhees resident, is preparing for the holiday season with the help of her new children’s book and the valuable lesson behind it. Her book, Santa’s Bully Elf, follows the tale of Sparky, a golden retriever and one of Santa’s elves on a mission to end bullying. Divine’s book was published last winter and she is currently scheduling visits to local areas to teach students her important holiday message.

Star Citizen
AL DIBARTOLO
Collingswood
DiBartolo, the baker and cake designer for DiBartolo Bakery on Haddon Avenue, was named the winner of Food Network’s Halloween Wars for 2016. DiBartolo and his team squared off in a contest that ran on the network through the month of October, during which bakers from across the country crafted Halloween-themed cakes using sugar and pumpkin as well. DiBartolo’s team took home the $50,000 prize.

SCHOOL DATES
Dec. 20 Cherry Hill Board of Education Action Meeting,
7 p.m. at the Malberg Board Room

Bulletin Board
Updates and announcements from your local school board

The international music organization Commonwealth Youthchoirs has launched a Cherry Hill location for their Garden State Girlchoir and New Jersey Boychoir. The program is accepting auditions for fifth through eighth grade students and experience is not required.

POLICE BLOTTER
Police sentenced a man who had stolen more than $2 million from homes in Moorestown, Medford, Mount Laurel, Haddonfield and Marlton over the course of a year to 17 years in prison. He was arrested in Moorestown in 2012 and sentenced this November.

Evesham police arrested a Sicklerville brother and sister for burglary. The siblings are accused of stealing $7,000 in jewelry from homes on Holmes Lane.

A Sicklerville man was arrested during a routine vehicle stop in Monroe Township that revealed him to be a suspect accused of breaking a man’s jaw during a robbery in August. The suspect stole the victim’s iPhone and sneakers, and during his November arrest the police found guns and drugs in his car.

STARS
Star Team
CHERRY HILL EAST TENNIS
Although winning sectional championships has become a regular occurrence, it never gets old for the Cougars. They claimed their fourth title in the last six years when they defeated Egg Harbor Township, 5-0, in the South Jersey Group IV final. Cherry Hill East didn’t drop a single set in the match. The Cougars went on to suffer a tough 3-2 loss to Bergen Tech in the state semifinals and finished the season with a 20-1 record.

Star Team
HADDONFIELD FIELD HOCKEY
The Bulldawgs defeated Madison, 2-1, in the Group I final to claim their first state championship in 25 years and the eighth in program history. Meghan Smart and Emma Feldhake scored the goals for Haddonfield, which came up short in last year’s state final and was determined to get another chance. The Bulldawgs had a record of 19-5-1 going into the Tournament of Champions.

The Eastern field hockey team extended its streak of state championships to 18 with a 2-1 victory over Bridgewater-Raritan in the Group IV final.

The Cherry Hill West boys soccer team won SJSCA Coaches Tournament with a 1-0 win over Williamstown as senior Max Bond scored the lone goal. It was the fourth title in tournament history for the Lions and the first since 1997.

The Eastern boys soccer team was part of a four-way tie atop the Olympic Conference American Division this fall. The Vikings shared the division championship with Washington Township, Cherokee and Shawnee as all four team finished with a 7-3 record in the division.

Haddonfield senior Briana Gess claimed the third state championship of her career when she posted a time of 18:43 in the Group II meet, helping the Bulldawgs to the team title as well. In Group IV action, Cherry Hill East freshman Grace Yoon finished second with a time of 18:28.