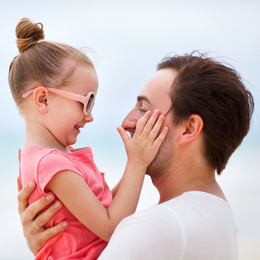 STARS
Star Administrator
James Hager
Lenape District
Lenape Regional District Administrator Hager was awarded the New Jersey Association of School Business Officials (NJASBO) Distinguished Service Award. Hager was honored for his long-term commitment to the district, having served it since 2003, and was able to present a Seneca High School student with a $1,000 scholarship through the NJASBO in the process.

Star Student
Taylor Kane
Mount Laurel
Recent Lenape High School grad Kane is making an international move before going on to college this fall. The 18-yearold started a petition to change Dictionary.com’s definition of the word “hero” from “a man of distinguished courage or ability” to “a person noted for courageous acts of nobility of character.” The word is especially meaningful to Kane, as she started the Wish Upon a Hero club at Lenape during her freshman year of high school.

Star Citizen
Nicole Farina
Burlington County
Lourdes Health System named Farina as the winner of the 2016 DAISY Nursing Award. Farina, a nurse at the Lourdes Medical Center of Burlington County’s medical/surgical unit, was honored for her dedication to patient care and was nominated by a patient who commended her for her “exceptional care.”

Star Citizen
Matt Dawkins
Marlton
Eighteen-year-old Dawkins is using his personal story to spread a public message on ESPN. The transgendered teen began transitioning from female to male last year as a senior at Cherokee High School, and stopped running track for the girls team in the process, despite a promising career in girls track. Dawkins’ story became the source of a documentary called Life as Matt, which aired as part of the E:60 series on Aug. 4. He also appeared on the Steve Harvey Show.

Star Citizen
Martin Haniffy
Mount Laurel
The Mount Laurel Police Department had a mission to make themselves more personable and approachable this summer, and one officer went above and beyond the call of duty. Officer Haniffy shared his sparkling selfie, complete with a butterfly photo filter, with the community on the department’s Facebook page, earning him plenty of laughs and the chance to connect with the township on a more personal level.

POLICE BLOTTER
Mount Laurel police are looking for a man who walked into the Wawa on Route 73 and asked for a case of cigarettes, then fled the store with the cigarettes and a Monster Energy Drink.

A Gloucester City man was arrested in connection with a Moorestown burglary at the end of June. The man was charged with burglary and theft after he allegedly robbed a Nicholson Drive home.