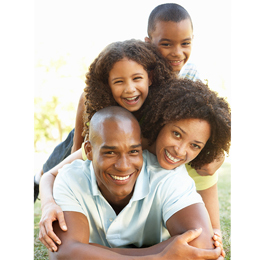 STARS
Star Administrator
James Hager
Lenape District
Lenape Regional District Administrator Hager was awarded the New Jersey Association of School Business Officials (NJASBO) Distinguished Service Award. Hager was honored for his long-term commitment to the district, having served it since 2003, and was able to present a Seneca High School student with a $1,000 scholarship through the NJASBO in the process.

Star Administrator
Jason Morgan and Allison Vassaloti
Marlton
Morgan and Vassalotti were selected to complete a five-week program at Rowan University’s School of Medicine over the summer. The two students were given the opportunity to research and practice biomedical science, all of which ended when the students presented their own research in an end-of-summer presentation.

Star Citizen
Nicole Farina
Burlington County
Lourdes Health System named Farina as the winner of the 2016 DAISY Nursing Award. Farina, a nurse at the Lourdes Medical Center of Burlington County’s medical/surgical unit, was honored for her dedication to patient care and was nominated by a patient who commended her for her “exceptional care.”

Star Citizen
Matt Dawkins
Marlton
Eighteen-year-old Dawkins is using his personal story to spread a public message on ESPN. The transgendered teen began transitioning from female to male last year as a senior at Cherokee High School, and stopped running track for the girls team in the process, despite a promising career in girls track. Dawkins’ story became the source of a documentary called Life as Matt, which aired as part of the E:60 series on Aug. 4. He also appeared on the Steve Harvey Show.

Star Citizen
Barbara Moeller
Marlton
Moeller was celebrated as she retired from Lourdes after 33 years with the health system. Moeller served as the director of yoga teacher training for the Lourdes Institute of Wholistic Studies and also served as a meditation instructor and specialist in relaxation training. She was trained in all different forms of yoga, including yoga of the heart to help with cardiac and cancer patients.

The South Jersey Camera Club will be presenting a month of photographs of birds from Florida. Running from Aug. 9 to Sept. 16, the series presents birds from a variety of sanctuaries in Florida, on display at the Hansen Warner Gallery on Main Street in Medford.

As the gubernatorial candidates for the 2017 election continue to pile up, Evesham Mayor Randy Brown still remains a possible candidate for the Republican party. He joins other state Republicans like Assemblyman Jack Ciattarelli and Lt. Gov. Kim Guadagno.

POLICE BLOTTER
Police are looking for help in finding two masked men who broke into and robbed the Canal’s Bottle Shop on Route 70 in Marlton at the end of July.

Medford police arrested a man who allegedly started a fire at the Tarantella Ristorante on Route 70 while customers were dining inside. Craig Muehleisen Jr. was arrested on July 20 after allegedly trying to use forged prescriptions to obtain drugs at the CVS across the street before attempting to burn the phony prescriptions in the Tarantella bathroom.

Evesham police arrested an Audubon man during a routine traffic stop, after police K-9 Ciko discovered crack cocaine and hypodermic needles in the vehicle. The man was charged with third degree possession and disorderly persons.