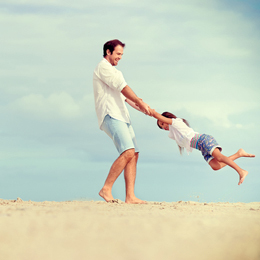 Star Administrator
Colleen McLoughlin
Washington Township
The school year at Orchard Valley Middle School starts with a new principal, as the BOE approved the appointment of McLoughlin. She previously served as the principal of the Millville Public Charter School and will replace former principal Dr. Steven Gregor, who took over the position of District Director of Secondary Education.

Star Citizens
Rowan University Students and Professors
Glassboro
Seven students and two professors were selected to cover the Democratic National Convention in Philadelphia this past summer. The students—all hailing from the College of Communications—underwent two weeks of training before covering the event, and reported on what was happening at the convention during the four days of speeches.

Star Citizen
Jeff Eker
Glassboro
Rowan University student and app developer Eker took his growing phone app CultureCloud to Rio de Janeiro to test the product during the 2016 Olympic Games. The app connects travelers and backpackers through an interactive map and also provides travelers with attractions picked by other adventurers. Ekers—who has already hosted his own TedTalk—traveled to Rio to promote the program while also increasing downloads.

Star Citizen
Douglas Pagenkopf
Gloucester County
Pagenkopf was officially sworn in by Superior Court Judge M. Christine Allen-Jackson as the assistant Gloucester County Prosecutor on Aug. 8. In this position, Pagenkopf—who interned in the legal department of the office in 2014—will work alongside Prosecutor Sean Dalton on appellate cases and on bail reduction applications for the county.

Monroeville’s Edward Crosby hit the Pick-6 Jackpot on July 4, earning him $6,642,905 cash value for his pick. Crosby had been buying $19 in lottery tickets from the Buck Road Mini Mart for years and has seven grandchildren.

Washington Township High School has unveiled a $40 SAT Review Program for students. The six-session program will be offered in three different times—for the three different test dates in the year—to students studying for the SATs.

Next Washington Township Planning Board:
Sept. 6, 7 p.m. at the Municipal Building

POLICE BLOTTER
Police in Washington Township arrested an 18-year-old man for allegedly attacking a Township teen who was playing Pokémon Go. Police say the suspect and an accomplice punched and kicked the 17-year-old before stealing his cell phone.

A 22-year-old man was arrested in Monroe Township in relation to the month-long sexual assault of a 14-year-old girl. The man was an alleged friend of the family staying at their home. He is being held at the Salem County Correctional Facility on bail.