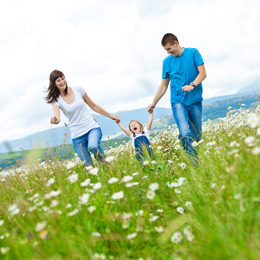 Star Teacher
Barbara Moeller
Cherry Hill
Moeller, a Marlton resident and Cherry Hill native, was celebrated as she retired from Lourdes after 33 years with the health system. Moeller served as the director of yoga teacher training for the Lourdes Institute of Wholistic Studies and also served as a meditation instructor and specialist in relaxation training. She was trained in all different forms of yoga, including yoga of the heart to help with cardiac and cancer patients.

Star Citizen
Eric Zino
Haddonfield
Zino was named the new director of the Haddonfield Public Library. Zino has worked with the library since 2014, previously serving as the manager of library circulations, and brings almost 15 years of library science experience to the position, as he replaces former director Susan Briant.

Star Citizen
Evan Boxley
Cherry Hill
Twelve-year-old Boxley was awarded the Young Hearts Award from the American Heart Association. Boxley suffered a series of strokes as a child due to a congenital tumor and subsequent blood clot on his heart, and shared his story while also raising $75,000 for the association. He was honored at the annual Philadelphia Heart Ball.

Star Citizen
Nicole Farina
Cherry Hill
Lourdes Health System named Farina, of Cherry Hill as the winner of the 2016 DAISY Nursing Award. Farina, a nurse at the Lourdes Medical Center of Burlington County’s medical/surgical unit, was honored for her dedication to patient care and was nominated by a patient who commended her for her “exceptional care.”

The Timber Creek football program is currently under investigation by the Camden County Prosecutor’s Office after an anonymous tip alleged that the program illegally recruited athletes through fraudulent addresses and took more than $10,000 from taxpayers.

Cherry Hill residents have come out against the rezoning ordinance that would allow more gas stations by residential neighborhoods. Despite more than 100 people coming out against the change, the ordinance passed and will move forward.

POLICE BLOTTER
The Delaware River Port Authority Police are investigating a handwritten sign that was placed by the Patco tracks in Haddon Township that used discriminating language and referenced Donald Trump. The wooden sign was nailed to two posts and left along the Patco line.

Voorhees police are advising residents to be mindful of fake parking tickets being posted around the community, particularly in The Club at Main Street Apartments and Townhomes. The tickets are listed for $75 and direct callers to the Voorhees Police Department, but are in fact fraudulent.