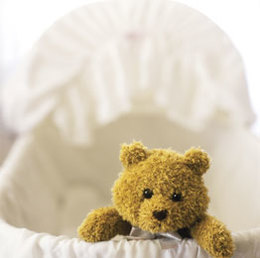 Fertility solutions are making it easier than ever to start your dream family.

Statistics from the CDC have shown that one in eight couples have trouble getting pregnant or sustaining a pregnancy. It’s more common than most people believe, and yet for a long time couples have felt a sense of stigma or shame associated with their struggle. Fortunately, as more people become educated and vocal about their situation, those negative associations are going by the wayside.

How long do we try?
One of the first questions couples ask once they begin to sense they’re having some trouble is when should they seek help. By definition, infertility is described as the inability to conceive after one year of unprotected intercourse (six months if the woman is over age 35), or the inability to carry a pregnancy to live birth.

But Thomas A. Molinaro, MD, MSCE, FACOG with Reproductive Medical Associates of New Jersey (RMANJ), says that if a woman suspects there is something wrong, it’s never too early to at least have a conversation with a fertility specialist and get the ball rolling.

There are certainly concerns that would warrant speeding up that waiting period. For example, cases where the woman has an irregular or painful menstrual cycle or has had major surgery to any of her reproductive organs would be good reasons to call the doctor sooner. Also, if either partner has been treated for cancer, this may also be a good indicator that there could be problems conceiving, adds Molinaro. “In addition, if there is any family history of genetic disorders, it makes sense to start speaking with a fertility specialist sooner,” he advises.

But for many, there’s also a personal level of comfort with the situation. “Each couple has to determine how long they are comfortable waiting,” adds Amanda Berger, RN, MSN, APN-C, with Delaware Valley Institute of Fertility and Genetics in Marlton. “If a couple is becoming concerned, I would recommend coming in for an evaluation.”

What to expect
The decision to schedule an appointment with a fertility specialist can be stressful. But patients should know that an evaluation is mostly just talking, says Molinaro. Medical history and some information on how long the couple has been trying are typically the key topics covered. While it’s helpful to bring along any testing that has already been done (bloodwork or X-rays, for instance), it’s not necessary.

“During the consultation you’ll learn a little about the important factors that help a couple conceive,” Molinaro says. “There are three main things—eggs and ovulation; sperm quality and quantity; and also anatomical issues that could make it harder to get pregnant and/or stay pregnant. The testing we do all looks at those areas including bloodwork to check hormones, a pelvic ultrasound to look at the ovaries and uterus, and a semen analysis.”

While these tests often determine the reason behind the trouble, that’s not always the case. Dr. Louis R. Manara, medical director of the Center for Reproductive Medicine and Fertility in Voorhees, says patients should not get discouraged because of that.

“I’d love for couples to understand that technology doesn’t always allow us to precisely identify the exact detailed cause of a couple’s infertility,” he says.

“There are things happening deep within the reproductive system that we are not always able to identify. I think couples expect to understand why they can’t get pregnant. While we can’t always give them that exact answer, I can say that our treatments are very successful. Even if we haven’t identified the exact cause, technology has allowed us to treat infertility.”

Treating the problem
Treatment options will vary based on the patient’s needs. It may consist of natural monitoring with ultrasound, and instructing the patient on when to have intercourse, says Berger. “It can also include the use of oral medication or injectable medication to stimulate the ovaries,” she adds. “These cycles are paired with timed intercourse or an IUI [intrauterine insemination]. An IUI [in which sperm is placed into the uterus as opposed to allowing it to take its natural path during intercourse] can also be performed with donor sperm in cases of male factor infertility or same sex female couples.”

“One of the most common fertility problems encountered in women is ovulatory dysfunction,” adds Dr. Oumar Kuzbari, reproductive endocrinologist and fertility specialist at South Jersey Fertility Center. “Ovulation—releasing an egg on a regular basis—can often be restored with the correct use of various fertility medications. Some women have normal ovulation but their fallopian tubes are blocked. If the fallopian tubes are blocked, then sperm and egg are unable to meet. Treatments to overcome this problem include surgical correction of the tubes or the use of in-vitro fertilization.”

In most cases, any necessary surgery is minimal. The vast majority of women experiencing infertility problems do not require any major surgery, says Manara.

“We can almost always treat the issue with outpatient procedures,” he says. “Trips to the operating room are becoming much less common. It’s a misconception that infertility means surgery. That’s typically not the case these days.”

Of course it’s also important to note that infertility issues are not always related to the woman. This is often a common misconception. “Approximately 40 percent of infertility problems are related to insufficient numbers of normal sperm,” says Kuzbari. “When sperm parameters are only mildly impaired, pregnancy rates are improved by IUI, involving the simple placement of the washed semen into the uterus so they can get a head start toward the egg. But more severe sperm deficiencies require IVF [in-vitro fertilization]. For IVF, eggs are retrieved directly from the woman’s ovaries so that an individual sperm can be injected straight into each egg to achieve fertilization.”

It’s definitely important for couples to tackle this situation as a team. However, it’s not uncommon for men to say, “You get checked out first,” according to Molinaro. But that’s a big mistake.

“Approximately 20 percent of the time we find something wrong with both the man and the woman. Even if it’s found that the woman has an issue, it doesn’t mean the man shouldn’t get checked out. We wouldn’t want to go to great lengths to fix the issues the woman might be having and then find out later her partner also had an issue which is why she still isn’t getting pregnant. Males are just as much patients of this practice as females. It takes two people to have a baby and we like to see both of them here.”

Maintaining hope
For couples who are currently “trying,” do your best not to get discouraged, as stress certainly doesn’t help conception. Kuzbari says that a healthy lifestyle can have an impact on fertility. “Maintaining a healthy weight, eating a healthy diet, exercising regularly, and preventing sexually transmitted infections have all been shown to increase the odds of conception,” he says.

And those that may end up requiring some extra assistance should feel confident that the odds are in their favor. “In this day and age, couples should not be too discouraged too quickly because we can usually help them,” Manara says. “If they’re willing to try some of the treatment options we have available, we have had success in the vast majority of couples.”