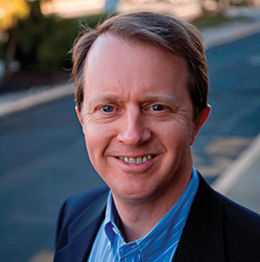 
by Editorial Staff--Suburban Family Magazine
John Adler, 1959-2011
John Adler (pictured), former U.S. congressman and longtime New Jersey senator, died on April 4. He was 51. Adler devoted his life to serving his South Jersey constituency, over four years on the Cherry Hill Township Council, 17 years in the New Jersey Senate and two years representing New Jerseyâs third congressional district in the U.S. House of Representatives. He was dedicated to supporting small businesses, seniors, our military and its veterans. In the New Jersey Senate, Adler sponsored history-making legislation such as the Smoke-Free Air Act. In the House, John served on the Veteransâ Affairs Committee, where he worked to bring support to current and former servicemen and women. Across South Jersey and beyond, Adler will always be remembered for his candor, intellect, honesty and willingness to help others.

Sharing His Story
Holocaust survivor Charles Middleburg shared his amazing story with Washington Townshipâs Bunker Hill Middle School eighth-grade team 8H students. Middleburg spoke of his experiences when the Nazis invaded Paris and how he and his younger brother were reunited with their father, who survived three years in Auschwitz.

Duck and Dodge
Sixteen teams of Lenape High School students participated in a dodgeball tournament to benefit Babeâs Kids, a âfor kids by kidsâ organization that helps brighten the lives of children battling serious illnesses and cancer. Sponsored by the Interact Club and the class of 2013, the event raised $3,000 for the charity. The top five teams competed against other local high schools at Rutgers University on April 1.

Hoop It Up
Students in grades one through five at Wedgewood Elementary School in Washington Township participated in the Hoop for Heart program during their physical education class. The students raised $4,364 to benefit the American Heart Association, and the school marked their 13th year taking part in the program.

Happy Birthday Dr. Seuss
Students of Shawnee High School welcomed 64 preschoolers from the Small World preschool in Medford to celebrate the birthday of Dr. Seuss. The students participated in Read Across America, a program sponsored by the National Education Association, which encourages reading at a young age. The Shawnee Singers and preschoolers sang Happy Birthday to Dr. Seuss, were entertained by the Shawnee Magic Club and left with a gift bag. This is the 11th year Shawnee students have participated in the event.