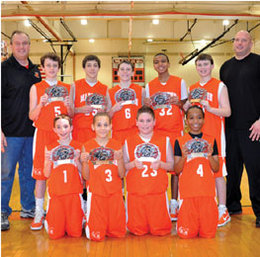 Bells Elementary School Chess Team
After participating in nationally ranked tournaments in Pennsylvania in the last three months, four teams of students competed in the finals of the Silver Knights Tournament. Team A, consisting of Jeffrey Ferraino, Brian Campana, Nathan D’Alfonso and Andrew Silver, was the highest-placing public school team in the tournament and placed fourth overall. The league is made up of students from kindergarten through eighth grade from private and public schools in the Delaware Valley.