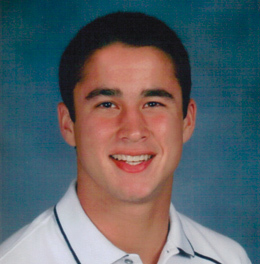 Kate Esaia, Mount Laurel
Countryside Elementary School parent Kate Esaia headed the school’s recycling campaign and led the school to take second in a statewide recycling competition run by TerraCycle, earning the school $30,000. Each day, Esaia organized the recyclables in the cafeteria, cleaned them and shipped them out to TerraCycle’s headquarters.

Justin Adibi, Medford
As president of his fraternity, Phi Sigma Kappa, at Rensselaer Polytechnic Institute, Adibi helped his chapter find a new home— becoming the first fraternity in the nation to move into a rehabbed church. The chapter worked to convert the church into a livable space where they will also host community activities.

Eli Weitzman, Cherry Hill
Nine-year-old Eli Weitzman was honored at Samaritan Hospice’s Winterfest for volunteering 50 hours of his time for the hospice.

Steve Heald, Medford
After his two brothers were diagnosed with Crohn’s disease and his uncle was diagnosed with Colitis, Steve Heald ran his first half marathon to benefit the Crohn's and Colitis Foundation. All told, he has raised more than $10,000 for the foundation through runs and other fund-raising events.

Taylor Cheng, Moorestown
Taylor Cheng, a senior at Moorestown Friends School, created SlickCube, a variant on the Rubik’s Cube that is easier to maneuver and turn. Cheng raised $600 dollars in three days selling his cubes for the National Breast Cancer Foundation, and continues to sell the cubes online for charity.

Nick Carbonara, Marlton
Cherokee High School senior Nick Carbonara was honored with a commendation from Mayor Randy Brown and Deputy Mayor Joe Howarth for his Eagle Scout project, which consisted of gathering and organizing 176 boxes of toiletries for homeless people in Burlington County.

David Lewis & Mary Beth Swindells, Moorestown
David Lewis and Mary Beth Swindells were awarded the District Award of Merit, the highest honor given to a volunteer by a local scouting district group, for their time and dedication at the Burlington County Council Boy Scouts of America annual volunteer recognition dinner and awards ceremony.