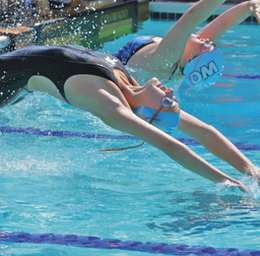 Shannon Dennehey
Medford
Shawnee High School senior Shannon Dennehey broke the record for scoring the most goals in a single season for the Shawnee soccer team. The two-time first- team all-South Jersey player was named all Group 4, NSCAA All American and NSCAA New Jersey player of the year. She will be playing at the University of Louisville next year.

Chris Santo
Cherry Hill
Cherry Hill East senior Chris Santo joined an elite group of South Jersey basketball players by scoring more than 2,000 points. The leading scorer in South Jersey, he received a scholarship to play basketball at the University of Vermont next year. He is also a McDonald's All-American nominee.

Alex Nork
Moorestown
Moorestown Friends School senior Alex Nork from Mount Laurel signed a letter of intent to compete on the gymnastics team at Ohio State for the 2011-2012 school year. Nork has been a member of the boy’s team at Will-Moor School of Gymnastics for the past 10 years, has competed at the national level for the past five years, and ranks in the top 25 percent of male gymnasts in the nation.