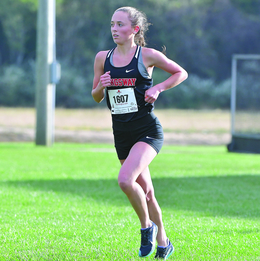 The Locker Room
Team, player, and coach news from in and around our area

Star Athlete
MARTIN COSGROVE
CAMDEN CATHOLIC
Cosgrove, a sophomore on  the Camden Catholic wrestling team, earned the first state title of his career with a 9-7 win over Brick Memorial’s David Szuba in the 195-pound final at Atlantic City’s Boardwalk Hall. The match was tied at 7 when Szuba was hit with a stalling call with three seconds left, allowing Cosgrove to break the deadlock and hold on for the win. He finished the season with a sterling 40-1 record. Collingswood’s Andrew Clark was the only other South Jersey wrestler to notch a state crown, as he won at 145 pounds.

Star Team
CHERRY HILL EAST
GIRLS SWIMMING
The Cougars won their first state title in 21 years with an 88-82 upset over Bridgewater-Raritan in the Public   A final.  Annie Behm and  Brianna DiSanti each earned two individual wins and were part of the victorious medley relay as Cherry Hill East handed Bridgewater-Raritan its first loss since 2016 and ended its four-year reign as state champion. A week later at the Meet of Champions, Behm and DiSanti joined Grace Yoon and Karolyn Merch  on the medley relay and 400 free relays that captured state titles. Behm added a state crown in the 100 free.

Star Athlete
ALLIE PIERONTONI
KINGSWAY
Pierontoni, a senior on the Kingsway girls track team, became the third girl in South Jersey history to win all three distance races at the indoor sectional championships, as she won the 800, 1600 and 3200 in Group IV. Her twin sister, Emily, finished second behind her in the 800 and 3200, and their younger sister Aubrey took fourth in the 3200. Together, they helped lead the Dragons to the team title as well. A week later at states, Allie placed third in both the 800 and 1600 and fourth in the 3200.

Star Teams
CHERRY HILL
BOYS BASKETBALL
The boys basketball teams from Cherry Hill East and Cherry Hill West both made thrilling playoff runs all the way to their respective sectional champ ionship games. Cherry Hill East, seeded fourth in Group IV, knocked off Shawnee and Eastern  before earning an exciting 57-55 win over Egg Harbor Township in double overtime in the semifinals. The Cougars led third-seeded Atlantic City at halftime in the sectional final but ended up running out of gas in a 61-44 loss. Cherry Hill West, seeded fifth in Group III, defeated Lacey and Mainland before notching a 6354 upset in the semifinals over top-seeded Moorestown, the defending state champion. The Lions fell short against Timber Creek in the final but ended the season with a 21-9 record, a remarkable turnaround for a team that went 1-25 just three years ago.

Roster Beat
The Cherokee girls basketball team advanced to the South Jersey Group IV championship game for the fifth year in a row and captured the sectional title with a 45-34 win over rival Shawnee. Senior Kennedy Wilburn led the way with 15 points and junior Alexa Therien added 11. The Chiefs went on to reach the state final but the game was never played, as the rest of the season was canceled due to concerns about the coronavirus. They finished with a 30-1 record.

Jade Gasper, a senior, became the first female wrestler from Lenape to  compete in the girls state tournament, which started in 2019. Despite being new to the sport, Gasper had a strong season capped by her fifth-place finish at states. South Jersey produced two state champions at the tournament, as Delran’s Emma Matera prevailed at 135 and Overbrook’s Alexis Rosano took the title at 143.

Clearview senior Zion Fearon overcame a fractured ankle suffered early in the indoor track season and returned to capture a sectional championship in the 400 meters. He went on to place fifth in the event at states.

Tyler Jackson, a senior on the Cherokee boys track team, took first place in the 1600 at the indoor Meet of Champions with a time of 4:18.83. The Paul VI girls team had two third-place finishers: senior Aliya Rae Garozzo in the 55-meter hurdles and senior Kambi Walker in the high jump.

The Paulsboro wrestling team claimed its 33rd state championship last month, but this one was more emotional than most. The Red Raiders defeated Delaware Valley, 50-9, in the Group I final and dedicated the victory to senior Brandon Green. An individual state champion in  2019, Green was hoping to  defend his crown this year but suffered a cardiac issue and was hospitalized toward the end of the regular season. An MRI revealed scar tissue around his heart and he underwent surgery to have an ICD installed, ending his wrestling career. Green was supposed to continue wrestling in college at Virginia Tech and will still be attending the school, which is honoring his scholarship despite his medical condition.

The Shawnee girls basketball team made a Cinderella run to   the South Jersey Group IV championship game before falling to top-seeded Cherokee, 45-34. The Renegades brought a 10-15 record  into the playoffs and were seeded 14th in Group IV, but pulled off upset  wins over third-seeded Clearview, sixth-seeded Jackson Memorial and  second-seeded Lenape on their way to the final.