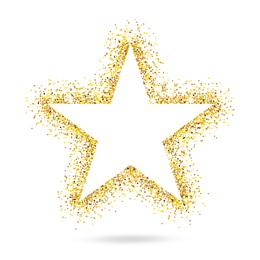 Star Team
CHEROKEE GIRLS BASKETBALL
Marlton
The Chiefs captured their first sectional title since 2002 in thrilling fashion, as senior Izzy Therien drove the length of the court to score the winning basket at the buzzer for a 37-35 win over Toms River North in the South Jersey Group IV final. Cherokee also won the South Jersey Invitational Basketball Tournament in late February with a 43-39 victory over Gloucester Catholic in double overtime.

Star Team
LENAPE BOYS BASKETBALL
Mount Laurel
A year after finishing in last place in the Olympic Conference American Division, the Indians shot to the top of the standings in one of South Jersey’s best divisions. They shared the division title with sister school Cherokee with a 6-2 record. Senior Dante Owens-Hill (pictured) helped Lenape reach the South Jersey Group IV semifinals and finish the season with a 23-4 overall record.

Star Athlete
THOMAS SCHURER
Moorestown
Schurer, a junior on the Moorestown boys swimming team, made it to the podium in two events at the season-ending Meet of Champions. He posted a time of 51.54 seconds to take fifth place in the 100 backstroke, and also claimed eighth place in the 200 individual medley with a time of 1:54.47.

Star Citizen
ROCCO REGALBUTO
Evesham
The 7-year- old is being dubbed a hero by his mother and first responders who say he called 9-1-1 when his mother couldn’t breathe on March 3. While his mother was suffering from a life-threatening medical emergency, Regalbuto remained on the line and was able to get first responders to his home to rush his mother to the hospital and get her the care she needed.

Star Citizen
STEVEN UDOTONG
Cinnaminson
Udotong, a junior at Cinnaminson High School, is working to- ward becoming the first African-American student to build a nuclear fusor. The 16-year-old is on a mission to prove that nuclear energy isn’t always as dangerous as it may seem. After setting up a GoFundMe account, Udotong has exceeded his $1,500 goal and is on his way to making history.

Star Citizens
AVI PATEL & THOMAS GILLIN
Marlton
Cherokee seniors Patel and Gillin were recently recognized by the 2017 Prudential Spirit of Community Awards. The pair was honored for the outstanding work and time they have spent making their communities a better place.

Star Citizen
BRYAN WRIGHT
Moorestown
School Resource Officer Wright participated in the Read Across America Pro- gram in honor of Dr. Seuss’ birthday on March 2. He visited the second graders at the Mary E. Roberts Elementary School in Moorestown and treated them to storytime.

Star Citizens
THE ROTARY CLUB OF MOORESTOWN
Moorestown
The Rotary Club of Moorestown helped bring light to 100 children in two Uganda schools this month. Through the “Let There Be Light” 501c3, the club was able to purchase lamps for students to be able to read, study and work on projects at home.

Star Citizen
ERIC CAVENG
Washington Township
To celebrate Read Across America and Dr. Seuss’ birthday on March 2, Officer Caveng, with the Washington Township Police Department, visited all of the first grade classes in town on March 3 to read them a Dr. Seuss favorite. In total, Caveng visited and read to about 36 classes district-wide.