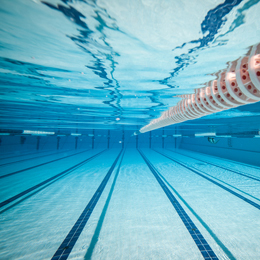 Last year at this time, the girls basketball team at Lenape High School and a young wrestler from their sister school, Seneca, entered the winter sports season with high hopes and grand dreams.

But they had no idea how truly special it would turn out to be.

The Indians, with senior forward Maddie Sims leading the way, claimed the program’s first state championship and set a school record with 31 wins. Joe Manchio, a sophomore, made history of his own by becoming Seneca’s first state wrestling champion to cap a 42-0 season.

As South Jersey programs look ahead to another winter season on the court, on the mat or in the pool, there’s no telling which teams or athletes might put together a thrilling run to define their scholastic careers. But you can be certain that athletes all over our area are planning to do just that.

Suburban Family gets the quest started with our annual preview for boys and girls basketball, wrestling and boys and girls swimming. Read along to get an inkling of who could be this year’s Lenape or Manchio.

BOYS BASKETBALL
Any discussion of South Jersey boys basketball has to start with St. Augustine, which gave veteran coach Paul Rodio his fifth state championship last year on the way to a 30-2 record. Despite graduating South Jersey Player of the Year Sa’eed Nelson, the Hermits bring back a difference-maker at both ends of the floor in 6-foot-7 senior Justyn Mutts and should again be one of the top teams in the area.

In the always competitive Olympic Conference American Division, defending champion Washington Township graduated all five starters from a team that set a school record with 25 wins. Cherokee, which reached the South Jersey Group IV final for the third year in a row, was also hit hard by graduation.

A team to watch is Lenape, which has a pair of talented seniors in Dante Owens-Hill and Justin Kupa and could go from last to first in the Olympic American. Eastern should also be a contender, with 6-10 sophomore Jacob O’Connell already receiving Division I college interest.

In the Olympic National, Bishop Eustace returns three starters from its division championship team and Camden Catholic is poised to bounce back from a rare losing season behind sophomore big men Baba Ajike and Chris Okafor.

Shawnee hopes to contend in the Olympic Patriot thanks to juniors Dean Noll and Dylan Deveney, who each made the all-conference team as sophomores.

Haddonfield looks to have a strong team as usual in the Colonial Conference with the backcourt of sophomore Mike DePersia and junior Will Bond leading the way. Clearview’s Andrew Delaney has a chance to become one of the top players in the Tri-County Conference after leading the Pioneers in scoring as a freshman.

Senior point guard Jordan White is back for his final season at Moorestown Friends after averaging a team-leading 18.4 points last season.

GIRLS BASKETBALL
Gloucester Catholic graduated two all-South Jersey players from a team that went 27-2 and reached the sectional final for the fourth straight year. Yet the Rams should remain an area power thanks to the return of Division I commits Dani Sanderlin and Tenisha Pressley. Sophomore Azana Baines, who led Highland in scoring as a freshman, has also transferred in and will provide a spark after sitting out the first 30 days of the season per New Jersey transfer rules.

Camden Catholic graduated three all-South Jersey players, but the good news is that 6-3 junior Brittany Garner is set to return after being injured last season. The Irish should be challenged in the Olympic National by Paul VI and dynamic senior point guard Aliyah Stephens.

Lenape graduated Sims and several other major contributors from its state title team, but junior guard Kendall Keyes will keep the Indians competitive. Cherokee also suffered heavy losses to graduation but brings back one of the top scorers in South Jersey in senior Izzy Therien, who has committed to Loyola.

Cherry Hill East hopes to battle Lenape and Cherokee in the Olympic American behind juniors Kiara Bell and Nicole Hammerquist.

Sophomore Grace Hill headlines the returners for Moorestown after a strong freshman campaign in which she averaged a team-high 10.3 points and made the all-county third team. The Quakers went 19-8 last year and should once again be a strong team in the Burlington County Scholastic League.

Felicia Jenkins—the mother of Villanova’s Kris Jenkins, who hit the game-winning shot in last year’s NCAA men’s final—takes over as the head coach at Kingsway for the retired Karyn Pickard. She inherits a team that will be led by senior forward Maddie Hahn.

WRESTLING
It was an interesting off-season in South Jersey wrestling with several premier programs welcoming in new head coaches. One of those coaches is Matt Walsh, who hopes to continue the excellent tradition at Camden Catholic.

Walsh will be aided by the return of sophomore Lucas Revano, whose impressive rookie season featured district and region titles at 113 pounds and a sixth-place finish in the state. Walsh, whose two older sons were standout wrestlers for the Irish, also has a talented freshman class that includes his son Cody.

Another new coach is stepping in at Clearview’s Tri-County Conference rival Kingsway, where Mike Barikian has replaced Anthony Badaracco. The Dragons boast a pair of state championship contenders in the Kinner brothers, senior Trace and junior Quinn.

Manchio will also be gunning for another state crown after getting a taste last year. He’ll lead a Seneca team that graduated several key wrestlers from a 22-4 season.

Cherry Hill West said goodbye to many top wrestlers after reaching the sectional final and winning the team title at District 27, but will look to regroup behind senior heavyweight Lorenzo Hernandez.

Other wrestlers in the area who should make noise during the individual postseason include Lenape’s Tyler Steffa, Shawnee’s Matt Higgins, Nate Dalmass of Moorestown, Eastern’s Jordan Pinette and Ryan Swenson of Cherry Hill East.

BOYS SWIMMING
Cherry Hill East’s streak of sectional championships reached eight last year as the Cougars claimed the title in South Jersey Group A and reached the state final. Despite several standouts moving on to college, they show no signs of slowing down.

Senior Kevin Gilloolywas part of the 400 freestyle relay that placed third in the state and is a key leader for East. Junior Anthony Moon and sophomore Jack Watson are other swimmers to watch.

Moorestown graduated an elite swimmer in Alex Martin, who claimed his third straight state championship in the backstroke last year. Senior Tim Cheung, juniors Tommy Schurer and Reid Greer and sophomores Antonis Christou and Josh Fong are some of the key returners for the Quakers, who won the Central Jersey Group B title before falling to Mainland in the state semi-finals.

St. Augustine has high expectations after dropping a close meet to Seton Hall in the Non-Public A state semi-finals last year. Senior Luke Snyder, who will continue his career at Penn, was one of two South Jersey individuals to claim state titles last year as he took first in the 200 free to go along with an eighth-place effort in the 500 free. Duke commit Zach Washartis another outstanding freestyler for the Hermits.

Junior Conor Skelly, who placed 14th in the state in the butterfly, is back for Haddonfield, which reached the Group C state final for the second year in a row. Clearview is coming off an impressive 11-1 season that ended in the South Jersey Group B final and is paced by senior Dylan Regan.

Other individuals to watch are Bishop Eustace’s Matt McGough, who placed 12th in both the 200 and 500 free at states and will continue his career at Johns Hopkins; and Shawnee juniors Kevin DelGiorno and Brenden Meagher, who each had strong performances at states.

GIRLS SWIMMING
Haddonfield has reached the Group C state final two years in a row and will shoot for its third straight sectional championship this winter. The Bulldawgs graduated state back-stroke champion Sophie Fontaine but return a key swimmer in senior Abbey Neveling, who took seventh at states in the 100 free and 100 breaststroke and has committed to Michigan State.

Also back for Haddonfield is senior diver Sophia Peifer, who will look to cap her sensational career in style. Peifer won her third straight state title last year, and has also won the SJISA 6-dive meet and Jim Roach 11-dive meet three times.

Bishop Eustace also competed in the state final, advancing in Non-Public A to highlight an 8-2 season. Junior Mackenzie O’Connor, who placed third in the state in the backstroke, leads an excellent crop of returners for the Crusaders along with junior Allison Gozdan.

Tess Ruona, a William & Mary recruit who took 10th at states in the 500 free, is back to lead Shawnee. Gloucester Catholic has a pair of returners who shined at states in junior Camryn McHugh and sophomore Emily Jones and should be in store for another successful season.