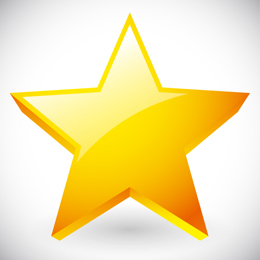 MARK MOORE
Washington Township
Gym owner Moore helped kick off National Week of Respect and School Violence Awareness Week by reaching into his own community to teach respect. Moore, who owns Township’s Underground Fitness, hosted an anti-bullying program at Wedgewood Elementary School to fight bullying in schools and in their neighborhoods with the help of a superhero-themed presentation, which he created and presented for the occasion.

CHARLIE DOUD
Westville
Doud, the president of the Washington Township Education Foundation, was named South Jersey Humanitarian of the Year by The Volunteer Center of South Jersey. Doud was honored for his work in the schools as well as in the Westville and Washington Township communities, having coached youth football for almost 25 years and serving on charitable boards like PrimoCares and the Delaware Valley Children’s Charities.

KATE SHINDLE
Moorestown
Moorestown native Shindle, who was crowned Miss America in 1998 and now works as a theater actress, has recently begun touring the United States in her new role as Alison Bechdel in the Tony award-winning musical Fun Home. Shindle plays a famous cartoonist struggling to make sense of her relationship with her father.

CHRIS WILCZEWSKI
Mount Laurel
Wilczewski has become a fan favorite on the American Ninja Warrior national circuit, and impressed fans once more by appearing on the show for the seventh time. Wilczewski owns the Movement Lab in Hainesport where ninja warriors from all over the country compete, and made it into the finals once more before failing to finish the obstacles in his final run.

LEE LIEBER
Moorestown
Moorestown Police Chief Lieber officially requested that the township police acquire K9 police dogs at a recent Moorestown Town Council meeting. Lieber hopes to bring in more K9s to help make the neighborhoods safer, and hopes to bring in two K9s with trained handlers onto the staff to help assist with search and rescue missions related to the elderly and special needs children.