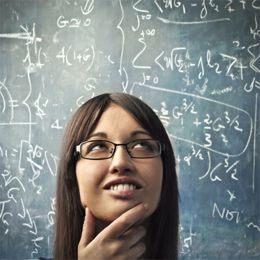 In March 2016, the new SAT rolled out with what some have called the “biggest changes in 30 years.” Among several major changes to the SAT are a return to a top score of 1600, only four answer choices as opposed to five, and fewer but longer sections. However, a lot of things about the SAT haven’t changed. For one, the heart of the SAT is still “English and math.” And, the sources we spoke with stressed that even though it’s changed, the test is still really hard. In fact, it may be even harder for some students now. The new test is said to require “more reasoning” and “less memorization.” For some, that change may be more challenging. If you’re a student—or the parent of a student—and you want to get the best possible score you can, you really need to buckle down and prepare. The best way to prep for the SAT remains the same: practice.

THE NEW SAT
The elimination of a penalty for wrong answers is one of the SAT changes that has many students talking. In fact, it’s one of the changes that students are most happy about. On the previous test, a correct answer scored one point; an incorrect answer deducted a quarter of one point, and an omitted, or blank answer, neither increased or decreased the student’s score.

“Previously, students would lose more points for getting an answer wrong than when they left an answer blank,” says Michael Kelley, faculty member of the Paul VI mathematics department and math instructor for the Paul VI SAT prep course. “That had to be taken into account when preparing for the old SAT. Now that there is no additional penalty for wrong answers, students should answer every question.”

Kelley says that students should answer the questions they feel comfortable with first, trying not to spend too much time on problems that are causing difficulty.

“If you can’t use algebra to try ‘guess and check’ then plug in answer choices or use process of elimination—but now, with the new policy, never leave an answer blank,” he adds.

Nicholas Markellos, a faculty member of the Paul VI English department and director of academic technology at Paul VI who provides instruction for the verbal portion of the Paul VI SAT prep course, says that another big change has been the advancement of the level of logic and reasoning required to complete the test. That’s a change that students aren’t necessarily as happy about.

“Also, for the math sections I feel that the material has become harder,” he says. “Students are expected to know some advanced math topics, the questions are wordier and they often require multiple steps.”

THE RISE OF THE ACT
In the past two years, the ACT has become increasingly popular. Richard Bernstein, director of Huntington Learning Center in Chery Hill, says that prior to 2014, the number of students taking the ACT in New Jersey was only around 5 percent. But in the last couple of years that number has grown closer to 29 percent. Bernstein surmises it will be closer to 50 percent soon as many find too much uncertainty in taking the new SAT.

“The new SAT is about 50 percent math and 50 percent reading and writing,” Bernstein says. “If you get a [student] who says he’s not good at math, he’s going to prefer the ACT, which is only about 25 percent math. We suspect the ACT will continue to get more popular.”

Markellos says the increasing popularity of the ACT is largely what prompted the College Board to implement changes to the SAT. While a lot of the structure of the new SAT mirrors the ACT, Markellos says that students may still find the ACT easier because it measures what students should have learned in high school. “While the SAT also tests high school knowledge, there are a lot of questions that require a higher order of thinking,” Markellos adds. “Some high school juniors may not have had experience with the more theoretical questions.”

When it comes to college admissions, Bernstein says the two tests are equal. As a result, students should prepare for the test that they feel most comfortable taking.

PRACTICE MAKES PERFECT
While the test itself has seen some changes, Kevin Burke, dean of academics for St. Augustine Prep, says that in the short run leading up to taking the test, nothing has changed.

“Practice is still everything,” he says. “Take practice tests and replicate the SAT setting. Use time constraints to prepare and be ready for the SAT pace.”

Bernstein agrees that practice which replicates the SAT setting is critical.

“You aren’t going to get comfortable by practicing one section one day and another section the next day,” Bernstein says. “You need to practice the way you’re actually going to be tested—in a proctored format. And you need to get real feedback. Taking the test again and again but continuing to make the same mistakes doesn’t help anyone.”

Kathryn Francis, a math instructor with The King’s Christian School, who instructs the math portion of the school’s SAT prep course says that students really should practice as often as possible. She feels that “getting comfortable” with the test is half the battle. She also says that parents should anticipate their child taking it more than once.

“The first time will give you a good sense of how the timing went—did you feel rushed or did you have enough time to complete it?” Francis says. “You will come out of it with an even better idea of what to expect and what you need to work on.”

All of our sources also stressed the importance of starting with the SAT prep process sooner rather than later. Even if you’re not directly working on SAT skills, the experts say that reading will help.

“At Moorestown Friends, we begin telling our ninth grade students how important reading is—both inside and outside of school,” says Meredith Hanamirian, director of college counseling. “Although the new SAT format eliminates the need for students to memorize a long list of obscure vocabulary words, reading comprehension remains very important for every section. Reading the newspaper, or a good book outside of school, helps students develop those reading comprehension skills.”

Burke agrees and says one of the best things students can do in the long run, while they still have some time to worry about taking the test, is “read, read and read some more.”

“Avid readers will do better on the SAT,” Burke says. “It seems that the new SAT will emphasize this even more. There are more word problems in the math section and more editing questions in the writing & language section—and reading often will help you prepare for that. Pick up a book and keep reading. It will help you in many ways—the new SAT is just one.”