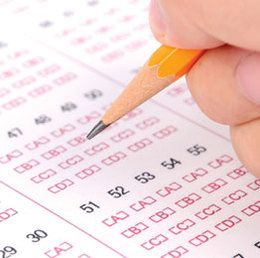 The perks and setbacks of the new SAT, and weighing the benefits of the ACT test.

There are few things more stressful to high school students and their parents than the Scholastic Aptitude Test (SAT). Usually taken during the junior year, the SAT assesses academic readiness for college. College admission boards use the scores to help determine whether to accept a student or not.

In New Jersey, the average SAT score dropped six points last year. The state’s students did slightly better than students around the country as a whole, where the average score dropped seven points. Under the current scoring system, test takers can earn a possible 2,400 points. Last year, the average New Jersey score was 1,520, while the national average was 1,490.

Starting in March 2016, the scoring system and the test as a whole, will change. The College Board has redesigned the SAT. Current high school juniors could end up taking two very different tests if they take the current version and the new version after March.

Understanding the difference
Currently, the SAT has three 800-point sections: A critical reading section with multiple choice questions that cover reading, diction and vocabulary; a math section that covers basic arithmetic, algebra I & II and geometry; and a writing section with multiple choice questions that test the ability to identify sentence errors and improve sentences and paragraphs, as well as a mandatory essay.

The new test will still have three sections, but the essay is optional. The critical reading section will test reading, writing and language. Vocabulary is out; grammar rules will be in.

The two sections each have a possible score of 800, and the new scoring system for the SAT will be based on 1,600. Those who opt to take the essay will receive a separate score for that essay.

Why the change? According to Alan Cohen from The Tutoring Club in Cherry Hill, one catalyst for the change is the growing popularity of the competing college readiness test, the American College Testing exam, commonly known as the ACT.

“The new SAT has many elements that are similar to the ACT. The old SAT had a penalty for incorrect answers; the new one has no penalty,” says Rich Bernstein, director of Huntington Learning Center in Cherry Hill and Turnersville. “The new SAT has four answer choices for multiple choices like the ACT; in the past it was mostly five choices.” And, like the ACT, the SAT’s essay is now optional.

Preparing for the SAT
Whether a student is preparing for the old SAT or the new SAT, Cohen says, “A typical student should prepare for three to four months.” He recommends students do three things to prepare for either test: They must get good instruction over time, take multiple full-length practice tests, and they must do homework.

Some private schools in the area offer additional test prep. Meanwhile, learning centers across the area are preparing students using their resources.

“The College Board has partnered with Khan Academy for a free online test preparation course for the new SAT. It’s personalized, and it’s available now,” says Meredith Hanamirian, Director of College Counseling at Moorestown Friends School. “It’s huge and it’s a wonderful partnership.”

Centers across the area will prepare students for the SAT (or the ACT), and help pinpoint the skills they need to work on to get their best score.

Christian Villaran of Tiger Geeks says he offers a practice test to get a baseline by taking the PSAT or a practice SAT. He recommends preparing for the test at least two months before taking it. For current juniors, however, the big question is, “Which test should they take?”

Out with the old, in with the new?
The traditional schedule for taking the SAT is to take it once in the spring of junior year and again in the fall of senior year. However, some experts are recommending current juniors take the old test once or twice before March 2016. If they are satisfied with their score, be done with it, especially since the general belief is that the new SAT will be more difficult.

Tiger Geek’s Villaran is trying to push any junior to take the old SAT. “It’s good to get it out of the way. The new math is going to be harder.” If a student is unhappy with the old SAT scores, they can always prepare more and take the new SAT.

Huntington Learning Center’s Bernstein also recommends current juniors take the old test. “You’re better off trying to find a school that fits your score,” he says, “so because of that we recommend students don’t wait until spring to take the new test.”

Bernstein also encourages students to consider taking the ACT over the SAT. “You should be focusing on the ACT now more than ever,” he says. “There will be an ACT test in December, February, April and June. All those tests will be the same, and the student has the opportunity to prepare for and take the same test four times. That is invaluable, and you have the opportunity to prepare with test prep throughout the entire year.”

All colleges in the United States accept either the SAT or the ACT, and it’s always been that way.

Examining the essay
The essay on the new SAT may be optional, but some colleges will require it. If a student’s college of choice requires it, the decision to take the essay is any easy one. But, for students who will be applying to colleges that don’t require the essay or aren’t sure which colleges they’ll apply to, should they do the essay portion even though they don’t have to? In the end, most local experts agree that the reward is worth the risk.

Moorestown Friends’ Hana¬mirian says, “We always recommend our students do the essay. You never know when you’ll come across a college that will require it.”

Bernstein says that if kids know they won’t apply for colleges that require it, there’s no need to take it. However, he says, “If you’re a junior taking the test and just starting to look at colleges then you should write the essay. As of now, some colleges have said they are going to look at [the essay] and some aren’t. Some will make a decision later. It’s a good idea to take the essay; it will only take an extra 50 minutes and cost you about $11. When you think of the money you could waste on college applications if that school ends up requiring the essay, it’s well worth it.”

Still, Villaran reminds students that the essay on the ACT is also optional and students don’t always choose to do it, and choose to focus on more pressing topics. “Take it only if it’s a requirement,” he says. “Don't do extra [that] you don't actually need.”